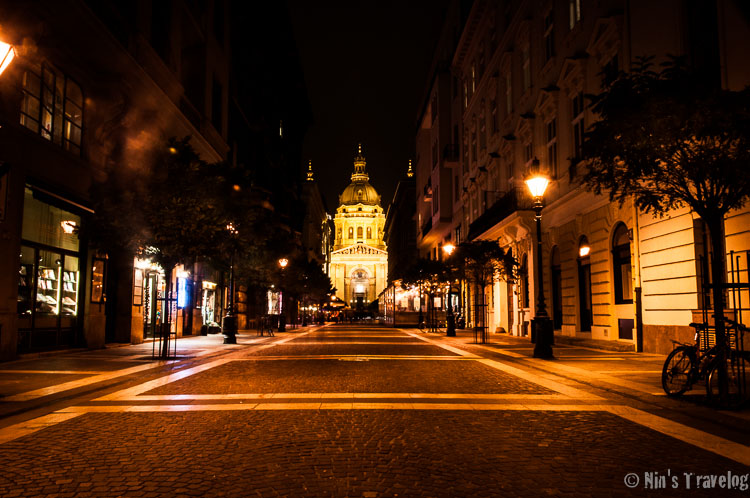 Our last day in Budapest we are waiting for an evening flight back to Doha and a whole day to kill, we decided to visit St. Stephan Basilica, the largest church in Budapest which  can hold up to 8,500 people.

To enter the church is free, but they appreciate donations and without that the priest who opens the big door to go into the main hall will not open it, and that’s the practice.

When we were there, I thought we had to queue to go in, but actually we were just waiting for a group of tourists struggling to find the ‘charity’ money to get inside. As we wave a € 20.- note, quickly we got in to the main hall of the church ahead of the other tourists who was still thinking of how much money they should give away to the church.

Once inside, the basilica was magnificent. Yes, in architectural terms it’s a cathedral, it was given the title of ‘basilica minor’ by Pope Pius XI in 1931. It took 50 years to build the Basilica. Building commenced in 1851, and the inauguration ceremony took place in 1906 and was attended by Emperor Franz Joseph. During its construction, in 1868 the dome collapsed and rebuilding it had to start almost from scratch, which explains the delay in the Basilica’s completion. 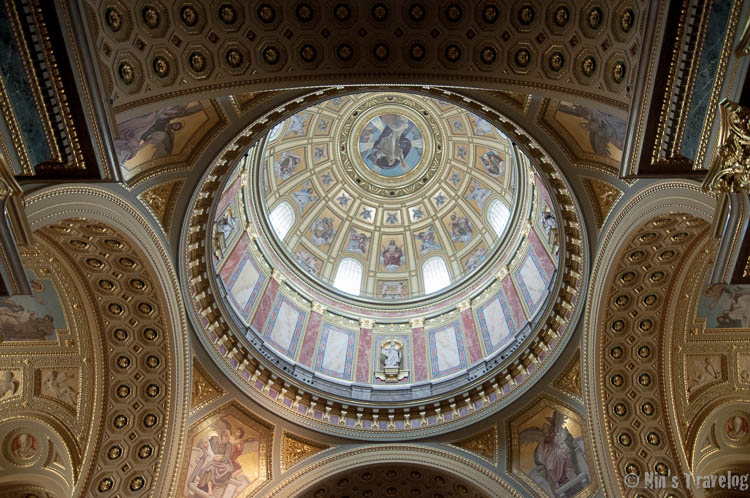 The original design was by Architect Jozsef Hild, who drafted and supervised the original design with neo-classical style; but he died before the construction was finished. Miklós Ybl, one of Europe’s leading architects in the mid to late 19th century, took over the job. But Ybl had to redesign the whole thing from scratch again as the dome collapsed a year after he took over the job. Unfortunately Ybl didn’t live to see the completion of the Basilica as he passed away in 1891, however work was finished according to his plans – that is in neo-renaissance style, instead of the original Jozsef Hild’s neo-classical style. 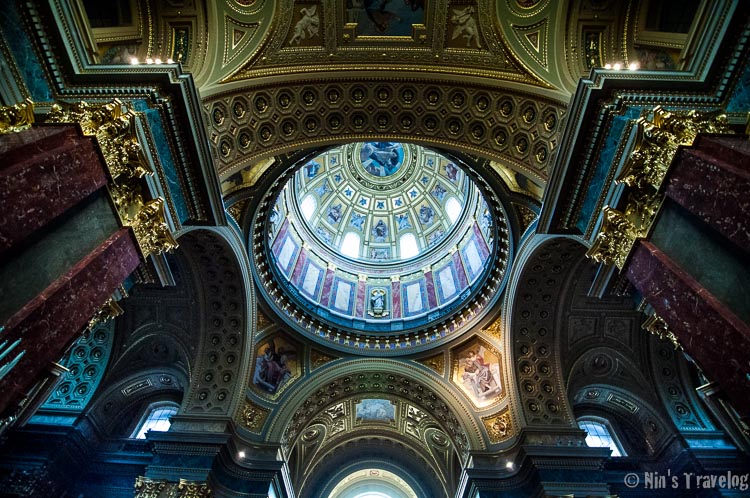 the very ornate interior decoration of the main hall

Like most churches, the interior of this church is heavily ornate as you can see in the picture. It features about 50 different types of marble. The chapels were elaborately decorated; many sculptures were also there, including a bust of the basilica’s patron saint, who was the first Christian king of Hungary. Architect Jozsef Krausz was responsible for the design of this very richly designed interior.

All corners are fully ornamented

The organ located directly opposite the altar

Despite all marble finishes for the interior face, St. Stephan’s Basilica has a good acoustic system. For that, it held a regular concert, almost every night. Unfortunately, this is what we missed on our visit. I guess that’s another reason we need to go back to Budapest, even though there are so many other places to see else where around the world.