Ngaben is a Balines style cremation ceremony. It is a ritual funeral ceremony for all common Balinese people after they die.  According to the Balinese, this ceremony is sacred and an important part of an individual as by cremating the dead (doing the Ngaben ceremony) it releases the family of the deceased for his/her soul from all worldly ties that happened when he/she were alive. The family hope that their deceased relative will go to heaven and be reincarnated into a better person or even united with God.

Unlike other funerals, Ngaben is conducted by the relatives of the deceased as an expression of respect and gratitude, therefore, during the ceremony, there are no tears and no sadness at all, in fact, almost always its a festival of life as this is the end of the cycle of life which one must face.  Somberness and sadness will only hold back their dead soul from heaven or to be reincarnated. (Hinduism believe in reincarnation).

The priest who conduct the Ngaben Ceremony

Because of it’s special meaning and ceremony unlike any other funeral ceremony in Islam or Christianity, I had always wanted to see this ceremony. I was fortunate enough that in the village near to where I was staying for this Bali holiday, they were holding this ceremony the week my husband and I were staying there. I didn’t want to miss this opportunity.

Normally, a Ngaben ceremony is held within 3 days after one dies, and that is also common for those in a higher cast. Because of the nature of the ceremony is more a festival, and not cheap especially for those of lower cast,to carry out all the preparations, effort and cost of the Ngaben ceremony.   Nowadays, it is common for one to be buried and wait for a couple of months before having this ceremony conducted together with somebody else who also dies at approximately the same time (within one village). Thus the Ngaben ceremony becomes a village affair instead of a family affair, hence that is why the week we stayed in Cemagi Residence they were busy preparing the offerings. 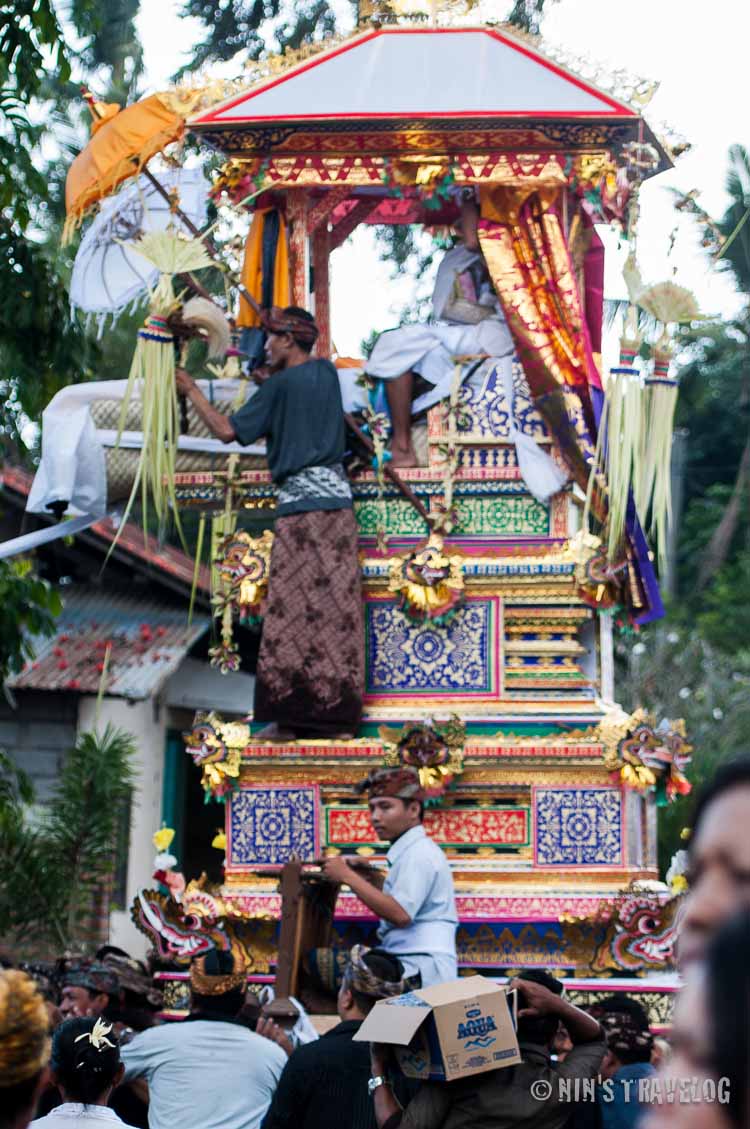 The Ngaben procession however, could not happen everyday, and as Balinese also believe on ‘Good Days’; they believe there should be a ‘Good Day’ for a Ngaben Ceremony. It is the Priest (Balinese Hindu Priest) who decides when is the day for the ceremony to be held according to the Balinese calendar. The Priest will calculate where and when is a ‘Good Day’ to have the Ngaben Ceremony.

As it is very much a village affair, the preparation for the sarcophagus, the offering and everything that will be burned during the Ngaben ceremony is prepared by the whole village for at least a week before D-day. Once it is ready then everybody in the village will ‘walk’ the sarcophagus to a special place where the burning take place. Usually it’s near a water (river or sea) under a big old tree.

The gamelan music of the local village following the procession 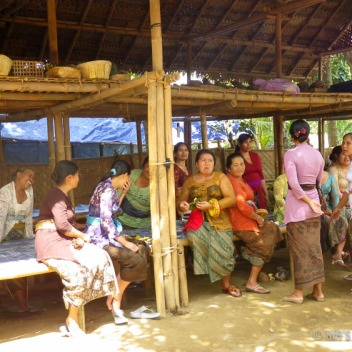 Waiting for the ceremony to begin

As it is a special ceremony, the Walk has to be in style, together with all the Gamelan Music and an ‘army’ of people to carry the sarcophagus with many other people carrying other offerings.

In the end, the whole cremation itself takes an hour to burn the dead body into ashes and together with coconut ivory they will float them to the sea and off to the House of God. 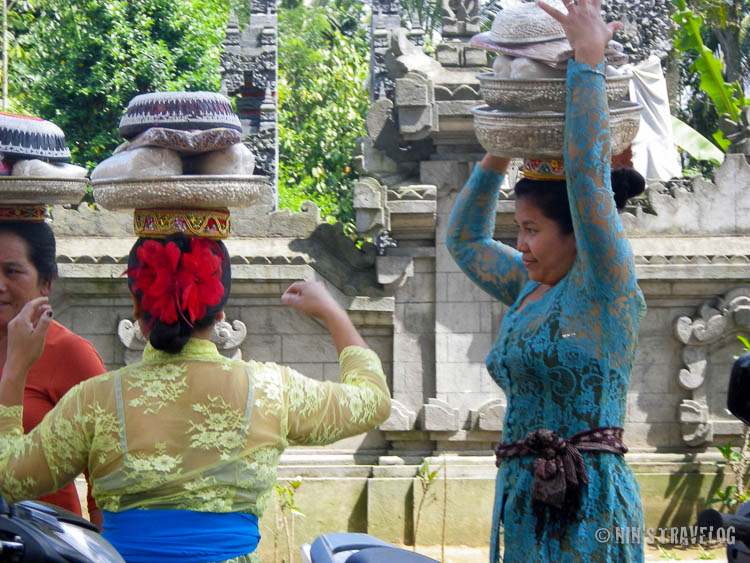 village people coming with their offering 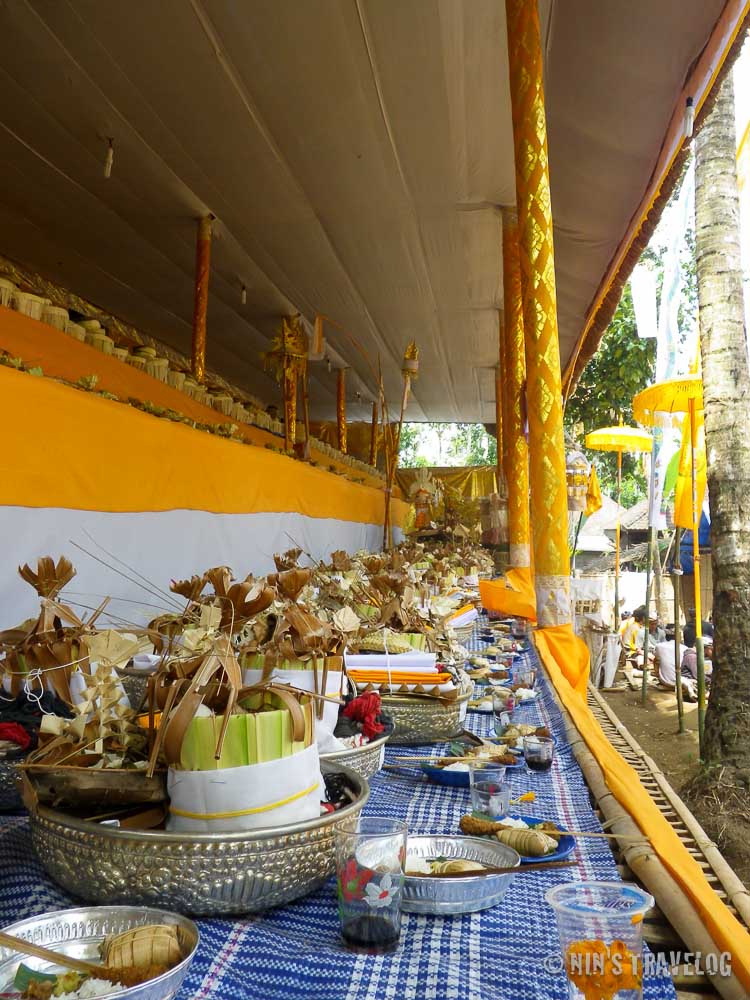