“Let’s go to a concert, there’s a live concert next Friday in Shiraz; who want’s to go?”  That was the invitation from our tour guide, for an extra to our tour schedule.

I was a bit apprehensive as we were in  a foreign country and English was not their day-to-day language; so the music would be foreign as well and we might not even like the music.  Besides, as much as I enjoy music, such as classical or pop music, I do have a preference for what kind of music I prefer to listen to and enjoy. What if we don’t like the music? Should all 16 of us walk out of the concert hall? I think it would be very obvious as we all looked different to all the locals.  I think it would very rude to walk out midway through the concert. Anyway, I decided to join the rest of the gang and go to the concert, just for the experience, as we were all in Iran for a new and different experience and the sense of adventure off course.

When we arrived at the concert hall, I was so surprised on how many people were there, waiting to go to the concert. The weather was nice and all the young people were dressed up, especially the girls, just for the concert. They were all young people compared to us. There were 14 of us in our tour group, with 10 nationalities and from different age groups – from late 20-ish to 70-ish, old and wrinkly, compared to the locals who were young and good-looking (surprisingly most of them were women), and all of them dressed in colourfull party dresses.

As we went in through the ticket barrier, the system was rather modern, and inside the concert hall, the quality of the building was good, the seating area was good with good efficient seat numbering system.   The architecture of the building looked like an old 60ish building. The atmosphere inside the concert hall was even more crazier that when we were outside, everybody was chatting and saying hello to their friends, and once the lights dimmed and the band entered the stage, the applause from the crowd was surprisingly crazier than ever. 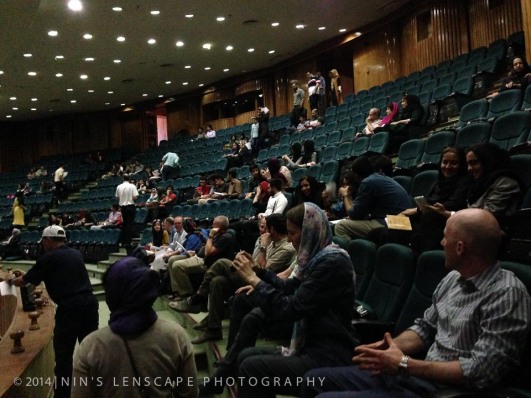 The balcony of the concert hall, still ‘rather’ empty, as most of the crowd were still outside

The madness of the concert hall just a few moments before the show began.

When the band started singing, the audience started singing along with the band. Obviously this group was very popular, and was more than my expectation. The music? this was the BIG surprise, the music was so easy to listen too, even though it was in Farsi. We still enjoyed it without understanding lyrics. It was not like Arabic music, nor was it like Indian music. This was Iranian pop music with the occasional introduction of the Tar – a traditional Persian musical instrument.

This is Iranian pop music with the occasional introduction of the Tar – a traditional Persian musical instrument.

Chaartaar, that’s the name of the pop band (the fans were all young people) which not only created Iranian pop music but also combined with traditional music. Now, the thing is this combination could be disastrous, but Chaartaar manage to combine it brilliantly. The instrument called Tar, that’s where the name come from.

Tar – the traditional Iranian music instrument, picture courtesy of Inside Iran: The arts and culture of an ancient civilization

I tried to record the music sneakily with my iPhone,  but turn out that its not the best result off course, but the main thing that we all enjoyed the music, and we all sang along with the locals, and we all stayed there till the end. You also can check out this video clip on YouTube:

My favorite song is actually Baran Toee – چارتار -باران تویی, believe it or not, their CD with the same title is available from the Apple iTunes store.

Did I say that we were in Iran? Yes we were touring Iran for 2 weeks and this concert was held in Shiraz, the 6th largest city, yet it’s the cultural centre of Iran with a population only 1.5 million people. I guess this is the proof that music speaks louder that words – no matter what language or what’s the meaning of the words; just like the quotes from Hans Christian Andersen: 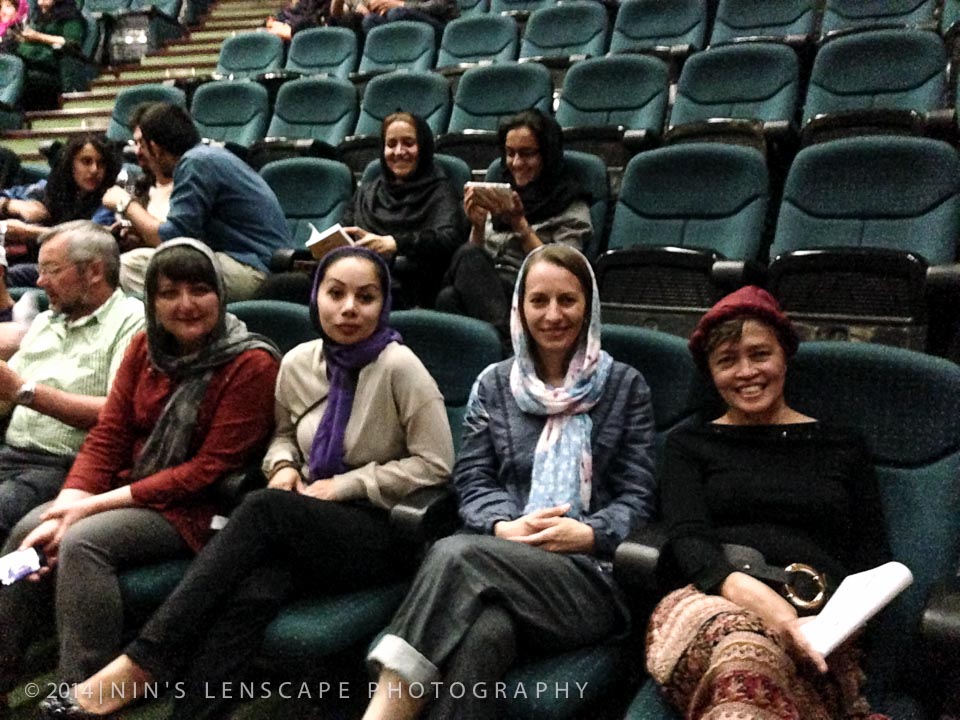 Us at the concert…

Believe it or not, after the concert we all went to a music store to buy a Chaartaar’s CD.