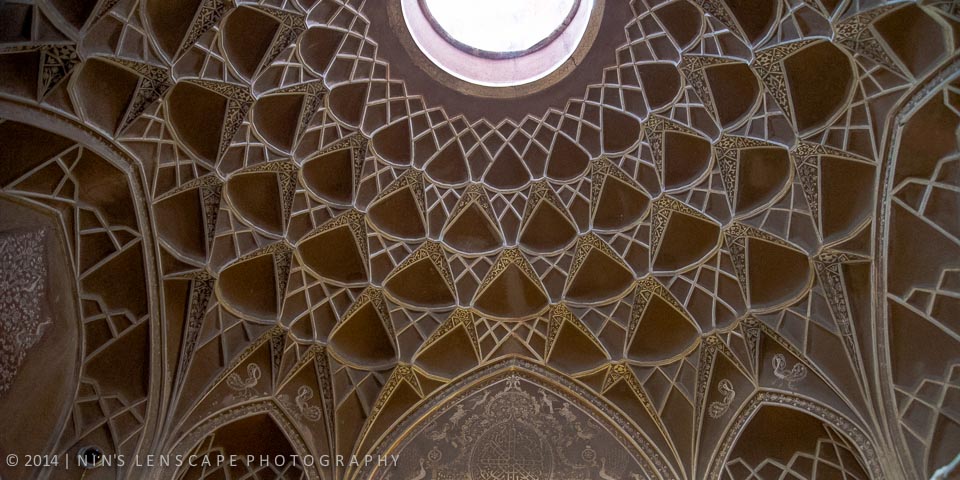 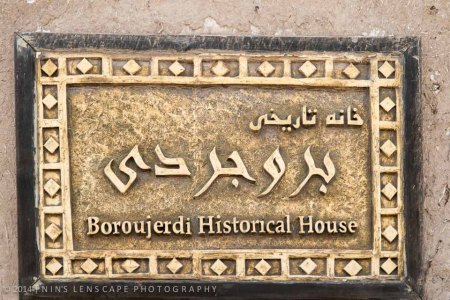 When our bus took us to a dead end area in Kashan, after a long journey from Isfahan, I was apprehensive, as this could be just another stop for lunch. but then we were told that we were not stopping for a lunch break. We stopped to visit a very interesting Iranian house and I decided to only take my camera, instead of the whole camera bag. The entrance door to the house was so small that it couldn’t possibly be interesting.

However, as soon as we passed through the main door and the sign saying that this was a Boroujerdi Historical House; the ceiling of the ticket booth area was already interesting. But hey, this maybe it. a sort of interesting ‘foyer’ and that’s about it!

We were then led to another room that served as a vestibule to the narrow corridor. This room was in the form of an octagonal vestibule with multilateral skylights in the ceiling. We were then led through a narrow corridor where we reached a vast rectangular courtyard with a garden fountain (unfortunately during my visit, they turned off the pump – so no fountain) and flanked by trees and flowerbeds. 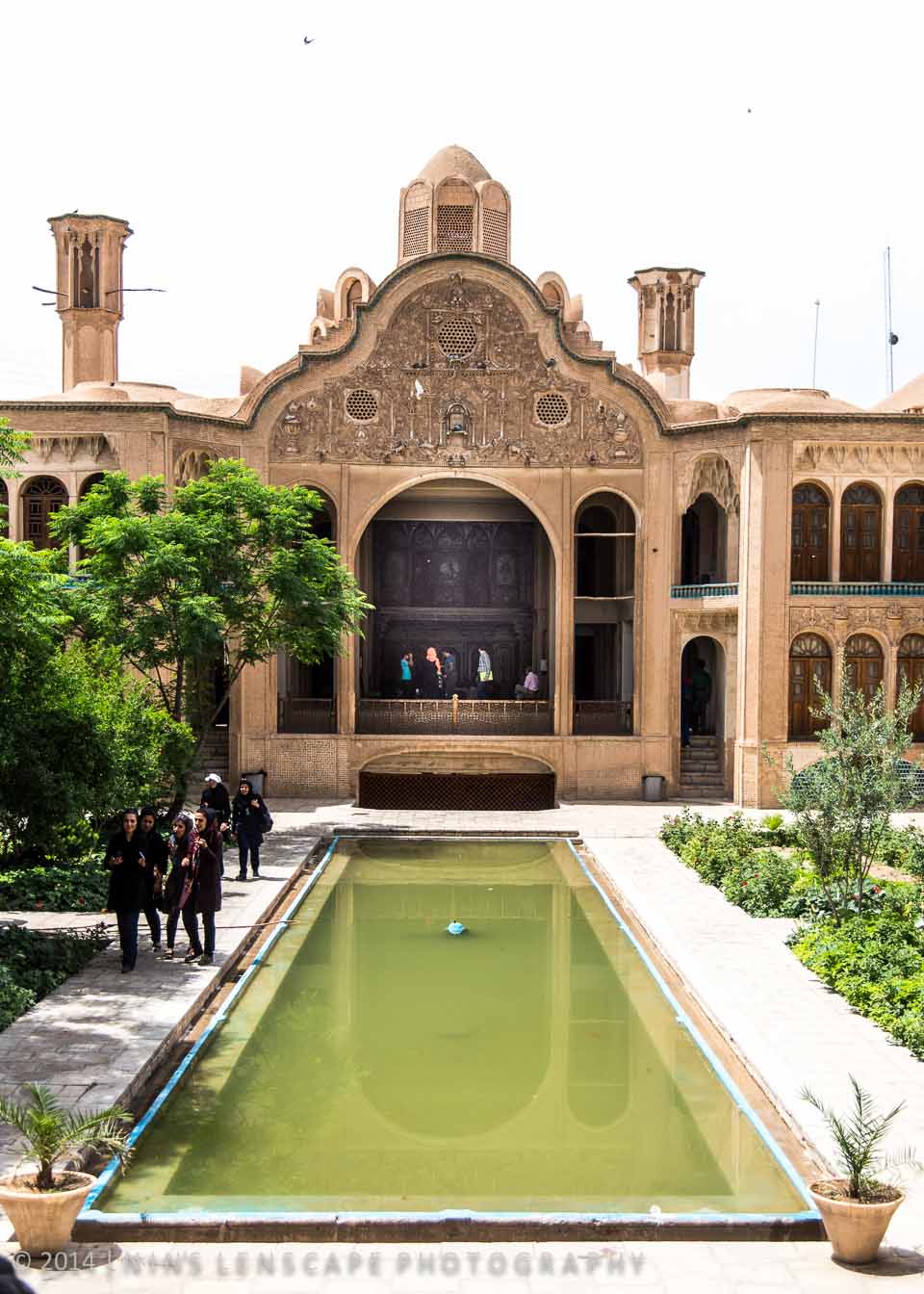 The octagonal shape of the vestibule plan led to two major parts of the house through two different doors:

The Water Garden / inner courtyard idea itself was to create a cool atmosphere as the location of this town was on the edge of Kavir Dessert, Iran. The layout of the property it self was almost North-South orientation, which made use of the North – South of the house depending on the season. Which to me was very responsive towards the environment.

House of Boroujerdi belonged to a wealthy merchant, Haj Seyed Hassan Natanzi, which was named after his business of trading with the city of Boroujerd. It was when the Boroujerdi family were seeking the hand in marriage of a girl who came from the affluent Tabatabaei family, for whom Ostad Ali had built The Tabatabaei House a few years earlier. The condition of this marriage was to build a house as beautiful as The Tabatabaei House and that included the unique six sided wind tower and a large hall decorated with mirrors.

The architect who designed the house for the bride led by Ostad Ali Maryam Kashani; it took him 18 years to build it with 25 workers, painters and several other architects to assist him including at one time around 150 craftsmen. The result, this historic house becoming a masterpiece of Persian traditional residential architecture. 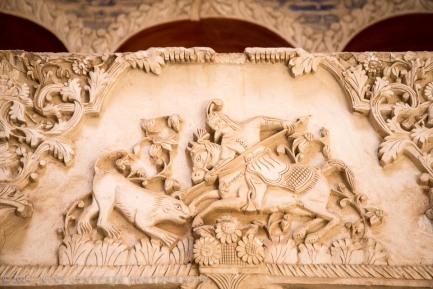 Detail of the stucco inside the interior wall 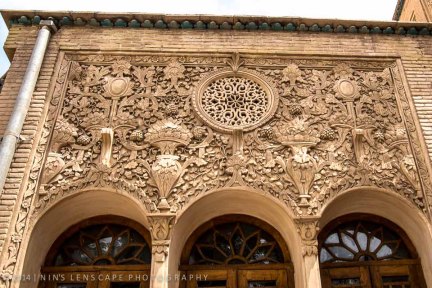 another sample of facade decoration 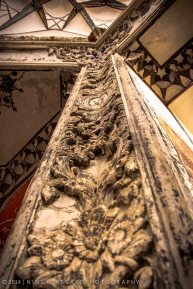 Decorations on the column 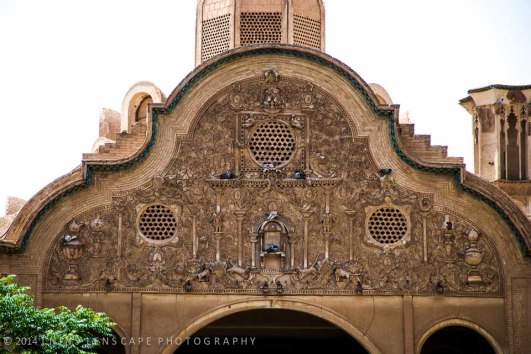 Facade of the main building; now, even the doves enjoy the shade of the building 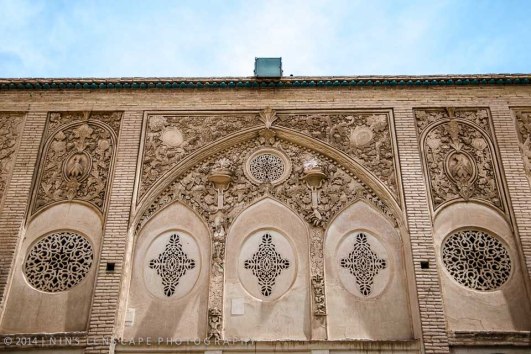 I was stunned when we reached the ‘Biruny’, the area where the Boroujerdi received their guests; not only how elaborate the ornaments were but also how cool the rooms were despite the fact that the outside temperature was already reaching 35°C. 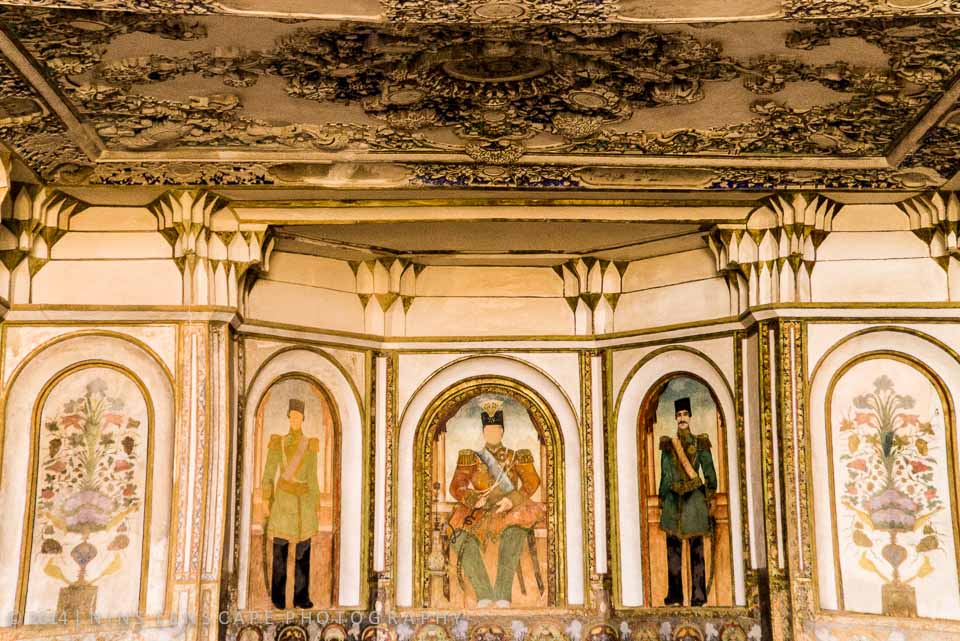 The paintings created by the royal painter – Kamal-ol-Molk. 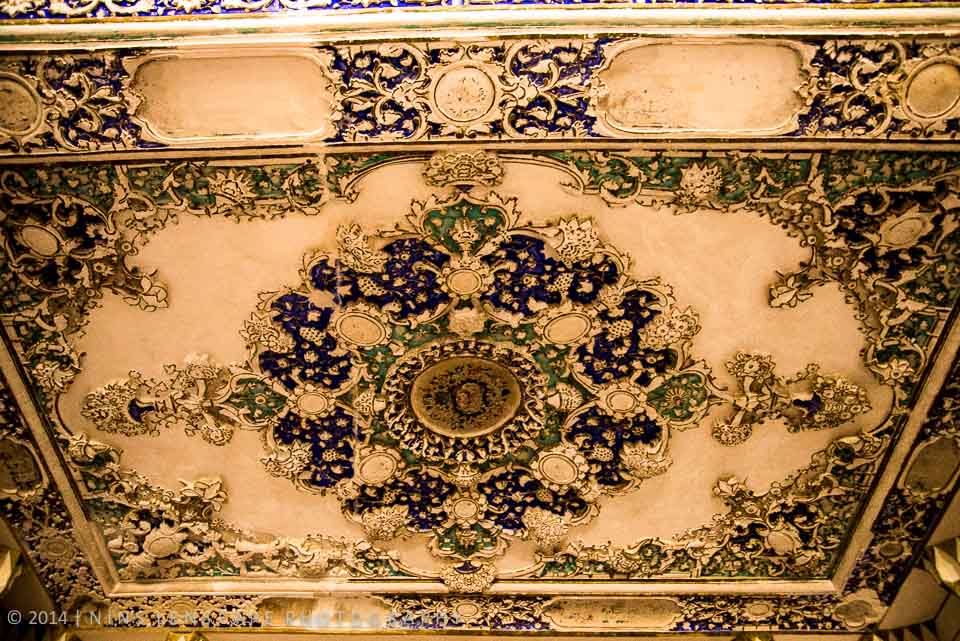 One of the decorations of the ceilings

Natural sunlight from the opening in the ceiling with an interesting and elaborate decoration of the ceiling. 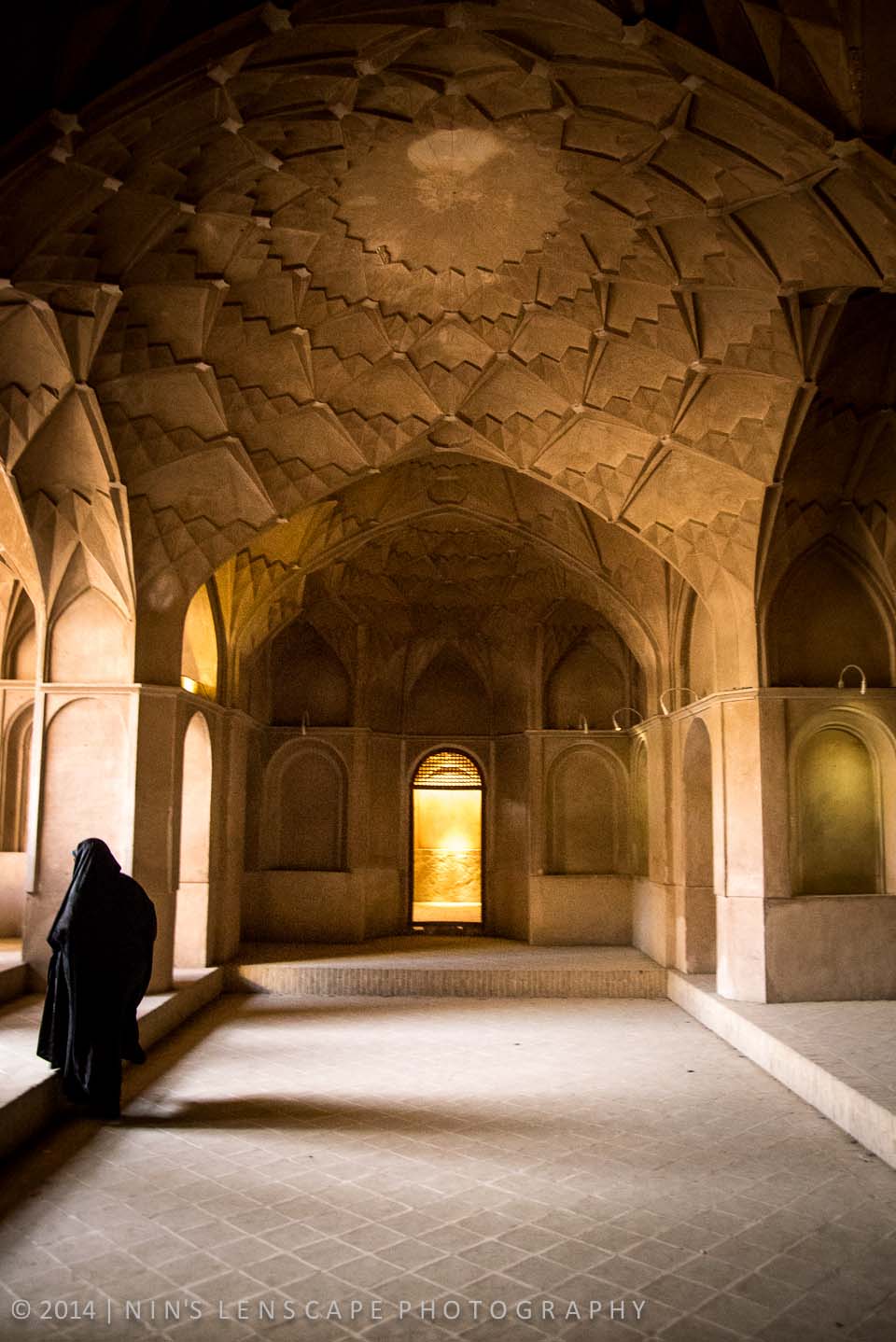 The basement at a very comfortable temperature even in summer without air conditioning system.

For a better imagination of this historic house, I found this virtual impression on YouTube:

And this is the layout of the property, which I forgot to attached it when I first published this post: 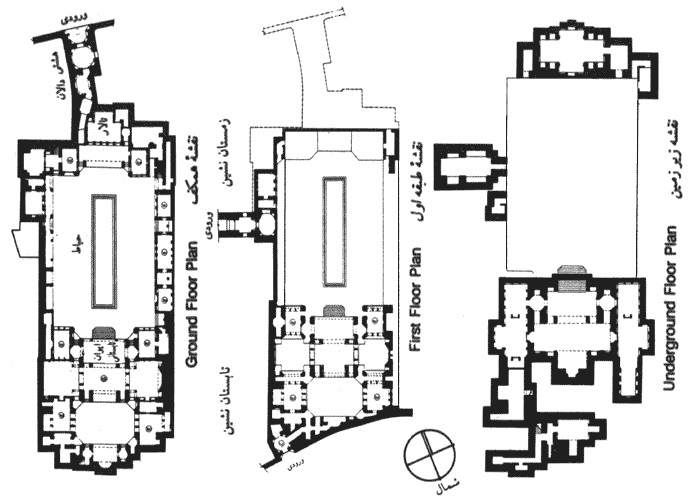 layout of the house, courtesy of Historical Iranian Sites & People

Boroujerdi House used to be a private house, but is is now open for public.

Map of the Boroujerdi House: