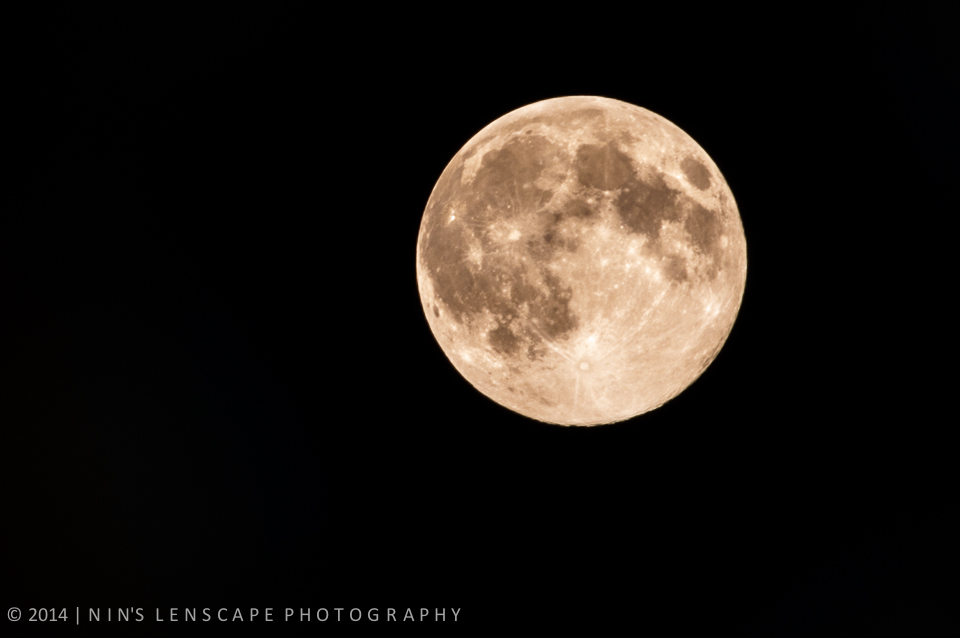 Super moon is when the moon is closest to the earth and at full moon. It doesn’t happen very often, but on 10th August 2014 we had one. Normally I don’t really like playing with my camera at home, especially in the evening, but as this time is special, why not give it a try.

I intended to post this immediately after shooting the pictures, but I was too lazy to work on my computer even though I shot this picture from home.

I used my 70-200mm lens and my DX camera to shoot this, so I will get closer to the target, the idea was to get as much detail as possible, I even used the 1.7 extension tube, to get even closer.  Unfortunately, with such a heavy lens I don’t think my tripod is quite good enough to hold still such load. Thus I had to take several shots to be able to get a clear picture of the moon.

The picture above is my last attempt out of 6, and it turned out to be the clearest. As the sky was already very dark, I thought I should shoot it with a very slow shutter speed, but turned out that the object (the moon) is very bright against a dark sky.   So in order to get the texture of the moon, I managed to shoot it with a rather slower shutter speed, but not very slow.

Unfortunately, because I was shooting from my apartment’s balcony which is located in a housing area where most buildings are low rise, I didn’t manage to get a fancy foreground with the moon, just simple and straight forward, the moon only.

Here’s the best looking part of the city where I currently live in, Doha.  However, that’s it, that’s “the only” part of the city that looks beautiful and that’s where one will take a picture of it from. It would be ideal if I can picture the moon as the back ground of the city…. no such luck. 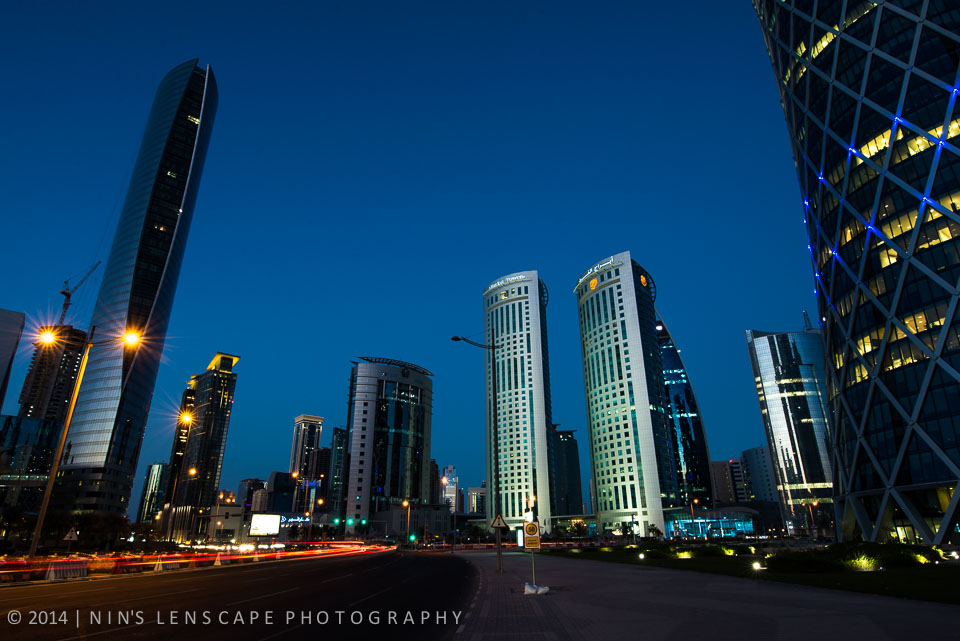 But hey, there’s this technique called ‘digital blending’… and there you are: