There are many landmarks and attractions in Bristol, one of which is the Clifton Suspension Bridge, the other being Brunel’s SS Great Britain – they both claim to be the No. 1 tourist attractions in Bristol.  I am lucky enough to live “very” close to one of the  Bristol icons; as a matter of fact I live just a 100m ferry ride across the Bristol Floating Harbour from the SS Great Britain. 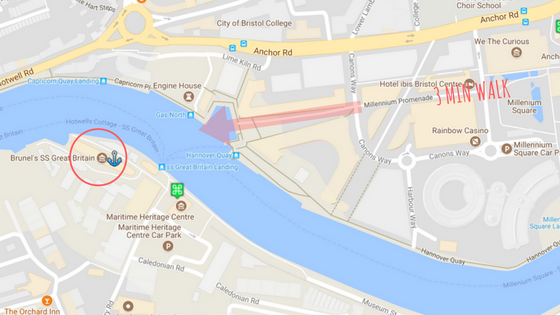 Two years ago, this walkway was like a Genius Loci of the area; the phenomenon, the pulse of the place, the process of a surprise of first seeing the SS Great Britain; you should be able to see that at the end of the Millennium Promenade corridor there is the majestic SS Great Britain to go and visit.   This could be a way of marketing SS Great Britain…. like seeing the Eiffel Tower from a distance, as a journey before you reach the aim of your trip. But obviously not so for the “number one Bristol Tourist Destination”.

Picture taken in October 2016, one can still see half of the body of the great ship from Millennium Promenade

Now, one can only see the masts of the ship which stand out behind the newly constructed buildings 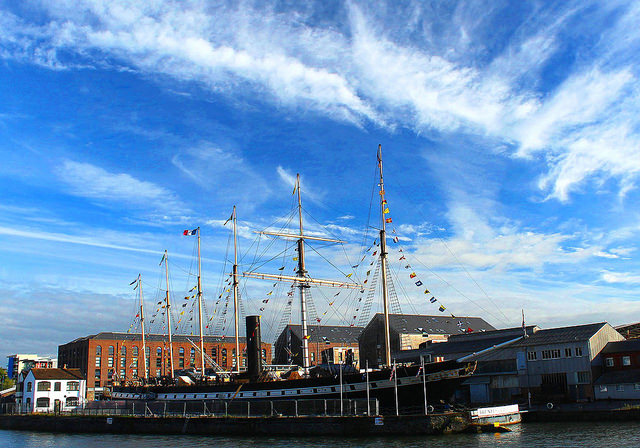 Great view of Brunel’s SS Great Britain as seen in 2016. Its history now. – Picture taken by Les Heines from Flickr

The question is will it still be a landmark to look at from a distance?